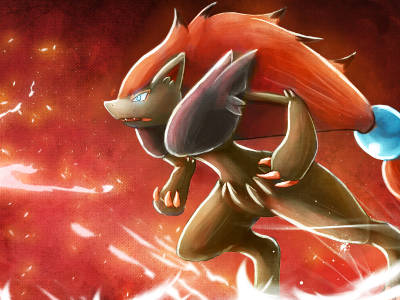 Hello readers of cardleaders! My name is Carl Scheu and I am very excited to be writing for you today. I was chosen to write for you for your “Player Spotlight” section and I would like to thank Karl Peters for the opportunity.

Before I dive into my article I’ll tell you a little about myself. I am currently a full time college student attending the University of Dayton studying Mechanical Engineering. I have been playing competitively on and off since the LuxChomp era. My best year was the 2011-2012 season where I won a Regionals with Tyram/Kingdra and later in that season I got Top 8 at USA Nationals with Darkrai-EX / Mewtwo-EX /Tornadus-EX. I wasn’t able to compete in Worlds that year and ever since I have been trying to qualify again. Unfortunately, college and some bad luck have stopped me from getting there. 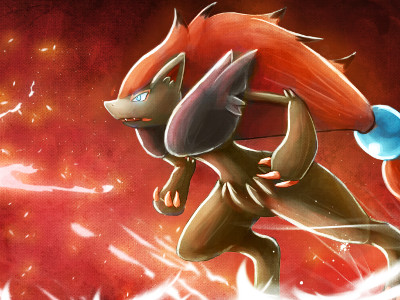 This year I was not sure if I would play competitively, but my favorite card in the set has made it clear that I will be. I was a fan of Zoroark BKT91 since it came out but I wasn’t sure if he would actually work. Luckily he ended up working very well and here I am writing for you. I’ll start with why I ran the decks I did and then I’ll also share my lists that ended up getting me my four cities finishes.

For me, Yveltal / Zoroark / Gallade (YZG) is a deck that I really like because it is an efficient deck that just plays very good cards. It isn’t trying some weird combo that plays a bunch of cards that aren’t individually strong. For me, that is something that I like in a deck. The deck also plays fundamentally good Pokémon as well. It doesn’t try to over extend its board and it doesn’t try to hit a huge string of cards. These are all things I like when I’m choosing a deck. I want to play a deck that doesn’t need to draw very well or rely on a somewhat gimmicky strategy.

Now, you could make an argument that the Gallade BKT84 part of the deck is a bit gimmicky, but that card provides so much card advantage that it’s okay. It also fits into the style of engine that Pokémon is pushing right now, play a bunch of trainers and then VS Seeker for your Supporter. Gallade also, once out, smooths out your draws a lot and lets you hit the Double Colorless Energy and the VS Seekers you need to win the game. This is something that most decks don’t have, their draws aren’t going to be smooth as YZG’s because they aren’t able to manipulate the top of their deck. Gallade also fits the bill of being able to knockout Shaymin-EX ROS77 cheaply as well. 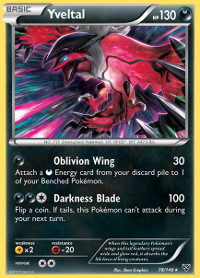 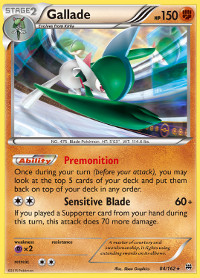 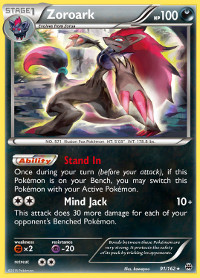 The rest of the deck is also all about being able to attack cheaply and having a smooth, yet flexible, gameplan. Baby Yveltal XY78 is still one of, if not the, best non-ex attackers in the game. It’s able to one shot all the Night Marchers, which is very important, and provides energy acceleration. Darkness Blade, unlike in the past, has also become a relevant attack as with a Muscle Band you are able to knockout Shaymin-EX. It’s also noteworthy that Baby Yveltal also still sets up the numbers you want to be able to get knockouts on other EX’s with Gallade or Yveltal-EX XY79. Lastly, with a Muscle Band baby Yveltal is also able to knockout most of the relevant Basics that evolve, and with a Giovanni’s Scheme can knock out all of them.

Now, the Z part of the deck, is what makes everything stick together. It forces your opponent to limit their bench in fear of just being torn apart by Mind Jack, which makes their deck less efficient. With Target Whistle you can also still punish them for limiting their bench by making their careful play moot. The ability on Zoroark is just as important. With no Darkrai-EX DEX63 in format and everything in the deck having a 2 or more Retreat Cost, being able to just put a Float Stone on Zoroark and have a free retreater for most turns in a game is key to being able to attack with whoever you want. This again is very nice to have as most decks just don’t have that kind of flexibility in Standard format.

Other standard inclusions in the deck are Yveltal-EX and Yveltal BKT94. Yveltal-EX is still good at getting knockouts on key EXs, and is especially important in the mirror, while still being able to make sure the energy isn’t wasted on him. I have been cutting him down recently due to the rise of Night March. Yveltal BKT is very dependent on the meta, he’s very strong in a meta that has a decent number of EX focused decks, as he will set up easy knockouts on multiple Pokémon. Yveltal BKT being able to shut off tools is the main appeal of the card as most decks aren’t running switch cards, just Float Stones, and forcing the Mega decks to just pass their turn to evolve is huge for this deck as it doesn’t have a way to one shot them, unless you have a type advantage. 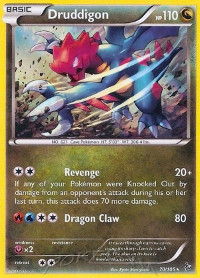 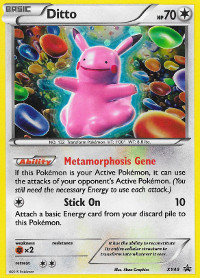 The deck also can run other techs to help compensate for some matchups. The ones I am going to note are Druddigon FLF70 and Ditto. Druddigon is mostly there to knockout opposing Shaymin-EX, if you aren’t able to get the knockout with Zoroark or don’t have a Gallade out. Druddigon is also very good at getting knockouts on Vespiquen AOR10, which is something that the deck can occasionally struggle with.

Ditto XY-P40 is one that is a little more off beat. This was something I first thought of when I wanted to an edge in the mirror match. Ditto turns out to be that, he can one shot the main attackers of the deck, Zoroark and Gallade, and requires less setup. I never actually sleeved him up but he was always at the back of my mind. The deck also has the capacity to run Seismitoad-EX FFI20 and Jirachi XY-P67 if the meta shifts towards Toad or Entei AOR15. However I feel that their uses have been explained a lot and I never really particularly liked either one of them.

The Trainer engine is very straightforward, I feel that most decks in Standard have to run something similar to it to just function and this deck is no different. You have all your tech Supporters, Judge, Xerosic, Hex Maniac, Giovanni’s Scheme, and Maxie’s Hidden Ball Trick along with the Battle Compressors to make sure you can use them whenever you want, the Supporters change a bit for the Expanded bit, but still the same idea. The only trainers I consider “weird” are the Buddy-Buddy Rescue and the Target Whistle. The Buddy-Buddy Rescue is to let you be more aggressive with your Ultra Balls and Professor Sycamores, which I think is key if you run a thin Zoroark line, and the Target Whistle became necessary once people started to learn how to manage their bench more efficiently at the end of the cities.

My first finish was actually in Expanded. I ended up running YZG because I knew I wanted to run a Yveltal deck and I really didn’t think people would play around Zoroark in Expanded. At this point in Cities Zoroark was a well known quantity in Standard, it was week 3 or 4 when I finally cared about Cities, and I felt like in my Expanded meta that YZG would do well. I ended up being correct as I played mostly against Night March and decks that couldn’t interact well with Zoroark. I wouldn’t say I recommend YZG for Expanded though, you need to be in a pretty favorable meta for it. Here is the list I used:

I also was able to score two more finishes with YZG, both in Standard. The lists are pretty similar, but the changes are important. The first list was much better for mirror matches and against Crobat decks that were not Manectric-EX PHF23 / Crobat PHF33. It also was used before Milotic PRC44 caught on in popularity. The second list, which was Kevin Baxter’s, is much better versus Night March/Milotic but is a tad worse in the mirror. It also is more refined a specific metagame whereas the first list is a lot more blanketing and gives you a chance versus almost anything.

However, you will note that covers only three finishes out of four. That last finish I got was not with a YZG build. It was actually with Primal Kyogre-EX PRC55 / Zoroark.

I switched decks in the middle of my cities run. The meta shifted to being a lot of YZG and then a lot of decks that were hard counters to YZG, Entei being the most prevalent. With that being the meta, Kyogre became a very good deck. It is strong versus YZG, Crobat decks and Entei decks. It does have issues with Vespiquen, but at this point, that deck was non-existent. So, Kyogre became the deck I ran. 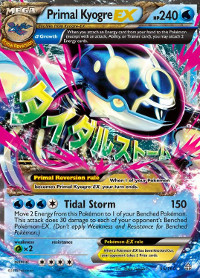 The list I ran is very straightforward. Josh “Squeaky” Marking helped a lot with it right before the tournament. I didn’t really run any tricks. I actually would’ve liked to have ran an AZ and a Battle Compressor in the deck, but I felt that a straightforward build was the best route.

I can’t really say too much about the deck other than that all you really want to do is get out a Rough Seas early, attach Water Energies, and get a Zoroark with a Float Stone on it. Zoroark does also serve as a very good secondary attacker when you don’t have a Tidal Storm at the read as he still can punish players for not playing around him. The Articuno ROS17 was useless, but still needed, as I really just wanted something other than Zorua, Kyogre or Shaymin-EX in the active for the first turn or two when I’m just attaching. In theory if you can attack with Articuno it can help catch you up on the prize trade, but that rarely happens.

That’s it for Carl’s article – thank you for contributing to the Card Leaders website and good luck for upcoming tournaments! - Ole